I have been busy in the studio experimenting with fusing glass.  I went through a moment of thinking I should sell my fusing kiln, but something stopped me, I glad that 'something' did as I have rekindled my love of cutting glass and forming new structures.
Its nice to make something beautiful and functional.
The first success has been this bowl, which I have named the Painters Palette for its colours, the shape and one arty 'hole' in the glass - purposefully designed! - that is so like the thumb hole on a palette, it reminds me of my much loved wooden painters palette I used when I was painting, those days before glass found me.

I have been slumping some glass over a new mould I brought from Creative Glass Guild in Bristol, I will get round to experimenting with different shapes, these candle holders are just lovely, perfect for that summer evening when the twilight looms but its still warm and you are sitting outside with that glass of wine......﻿ 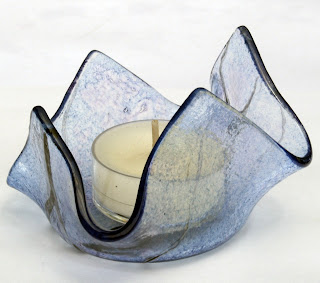 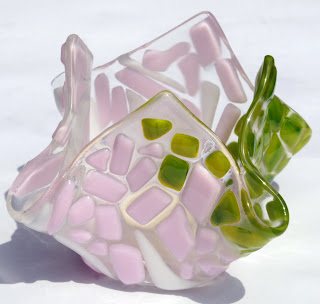 Have a great weekend, hope the sun shines for Wimbledon! 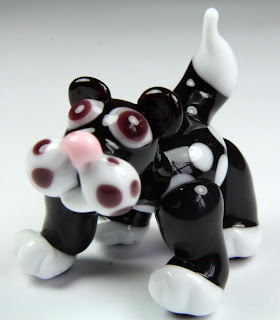 The swans have had their babies.  I have been watching them for weeks, then the bad weather came and although I could still see the mummy swan sitting on her nest, I couldn't see much through the rain and hail.  This morning, I saw the babies, not the ugly ducklings I was expecting but beautiful almost white with flecks of grey feathers still on their necks, they were very curious and came to see Iz and Defi swimming in the river, mummy and daddy swan where a bit cross and charged across the river to make sure their babies were alright.  There were nine babies in total.  Unfortunately I only had my camera on my mobile phone so the pictures are not brilliant.  I will take my camera proper tomorrow and see if I can see them again.
Also a picture of Mr Toad, he is enormous and was sat right in the middle of the path in the wooded area at the river.  I took his picture a few weeks back but only just found it on my phone! 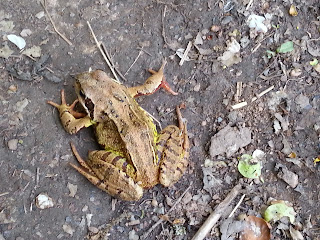 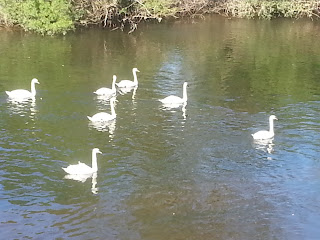 T is for thank you

'T is for thank you' by IzzyBeads

T is for thank you, a smile, a gift and a cup of tea with some cake. Lovely items from the UK teams cpteam and british crafters here on Etsy, with a special thank you for all those that took part in the S is for Sale yesterday.

The lovely Leah from Beady Eyed Bunny has designed and published a lovely new e-magazine The Beading Glass   Its a really nice read full of tips, techniques and interviews as well as links to other websites, all do to with beads.


Over on my Izzybeads Etsy Shop  I am having a 24hour sale, it will end Monday morning, 3rd June, its a massive 20% off all items in the shop, just use the code sisforsale in the little box on checkout, to get the discount. 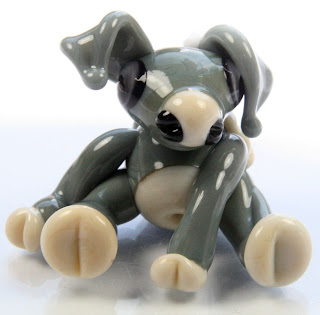 This is the second blog hop, History Hop, organized by Leah from Beady Eyed Bunny that I have been involved in.  This challenge is to pick an era from history, from a list Leah has provided, this was the list...


Egypt
Mesopotamia
Greece
Rome
Celts
Indus Valley Civilization
Merovingian
Reneissance
English Romanticism & Mourning Jewelry
Art Nouveau
Early Russian
China
Moche of Peru
Aztec
Mixtec
Native American
Māori (New Zealand)
I choose Maori.
Maori culture is seeped in mythology, legend and stories.  I love stories!
Rather than try and make my piece fit a traditional legend, I decided to find a legend I liked, that I could create with the glass and go from there.  This is what I came up with. 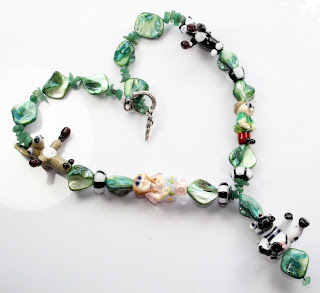 Can you guess the legend?  Do you want the story?
Sit comfortably and we will begin.
Once upon a time..............
there was a donkey (he is supposed to be white but I wanted a browny coloured donkey!) and a black horse who lived in the jungle and every few days, they would ambush each other.
This became quite tedious for all the other animals, all that braying and neighing.  The Donkey and Horse would be at it from morning to night. 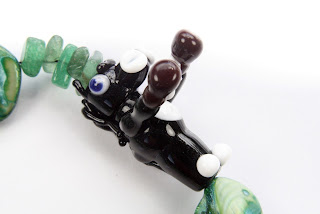 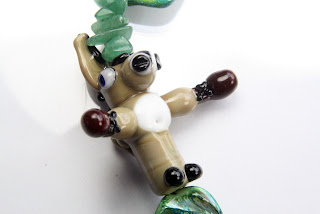 I gave my horse and donkey boxing gloves ;)
The monkeys, the giraffes, the hippos and all the other animals in the jungle complained to God and Goddess of the jungle 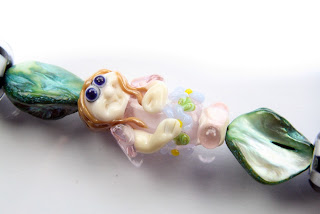 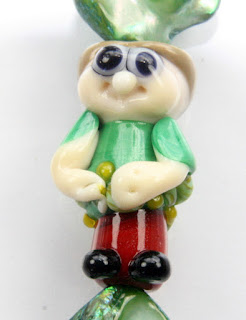 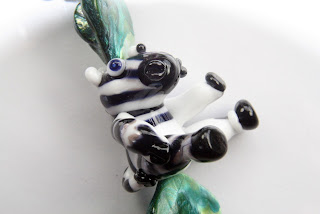 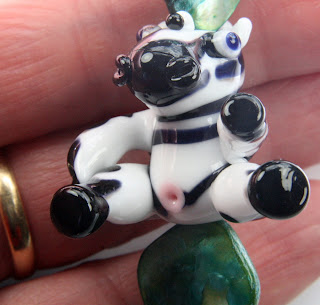